8 Times That Take That Will Have You ROFL on Carpool Karaoke!

Carpool Karaoke with Take That and James Corden

Comic Relief would not have been complete without James Corden and his Carpool Karaoke. It is now an essential part of Comic relief after last year when James Corden appeared with George Michael and created what it is today. As is, in all James Corden’s sketch videos he ropes celebrities into singing along with him as he transports them to their next appearance which is normally held at the CBS studios in Los Angeles. The show was originally a feature on James’ late night US talk The Late Late Show.

Comic relief 2017 had us in stitches as we watch Take That band member Gary Barlow, Mark Owen and Howard Donald as they sing along with James Corden.

Here are the top 8 reasons to watch the video! 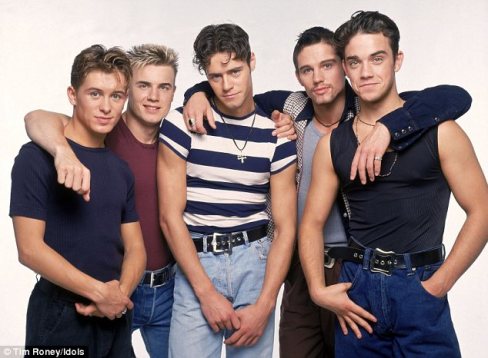 Overall though with all joking aside, Take That have always been an iconic band. It really doesn’t matter how old you are because the feeling when listening to their songs still evoke emotions from the time everyone listened to Take That. It’s a fun clip of a group of four guys having fun and reminiscing to their songs and the high of a successful boy band of the 90’s. James Corden did well this year! The ultimate question though is should James join and become member 5?

To learn more or donate to Comic Relief go to

I'm a coffee loving Mum from England who is just starting out as a writer. I decided I wanted to become an author after reading a novel while on holiday in Cornwall. I have been writing my blog to get some experience and explore different genres to decide what style of writing I want to use before finishing my manuscript. View all posts by Madison Ward